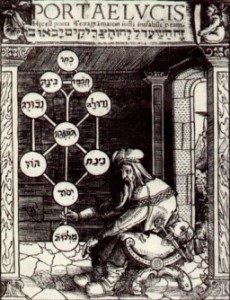 Qabalah Hermetic is a Western esoteric and mystical tradition. It is the underlying philosophy and framework for magical societies such as the Golden Dawn, Thelemic orders, mystical societies such as the Builders of the Adytum and the Fellowship of the Rosy Cross, and is a precursor to the Neopagan, Wiccan and New Age movements.The Hermetic Qabalah is the basis for Setian Qabalah as studied in Orders such as the Typhonian Order and the Dragon Rouge-Ordo Draconis.
Qabalists see the cards of the tarot as keys to the Tree of Life. The twenty one trumps and the fool are often called the “Major Arcana” or “Greater Mysteries” and are seen as corresponding to the twenty two Hebrew letters and the twenty two paths of the Tree; the ace to ten in each suit correspond to the ten Sephiroth in the four Qabalistic worlds; and the sixteen court cards relate to the classical elements in the four worlds.

Schrijf u in voor de nieuwsbrief